Free Shipping on all US Orders over $75 (less tax and discounts).

Orders are shipped within 1-7 business days. Delays may be experienced due to the COVID-19 Pandemic

Breastfeeding was much harder than
I imagined it would have been,
and I don't regret any of it. 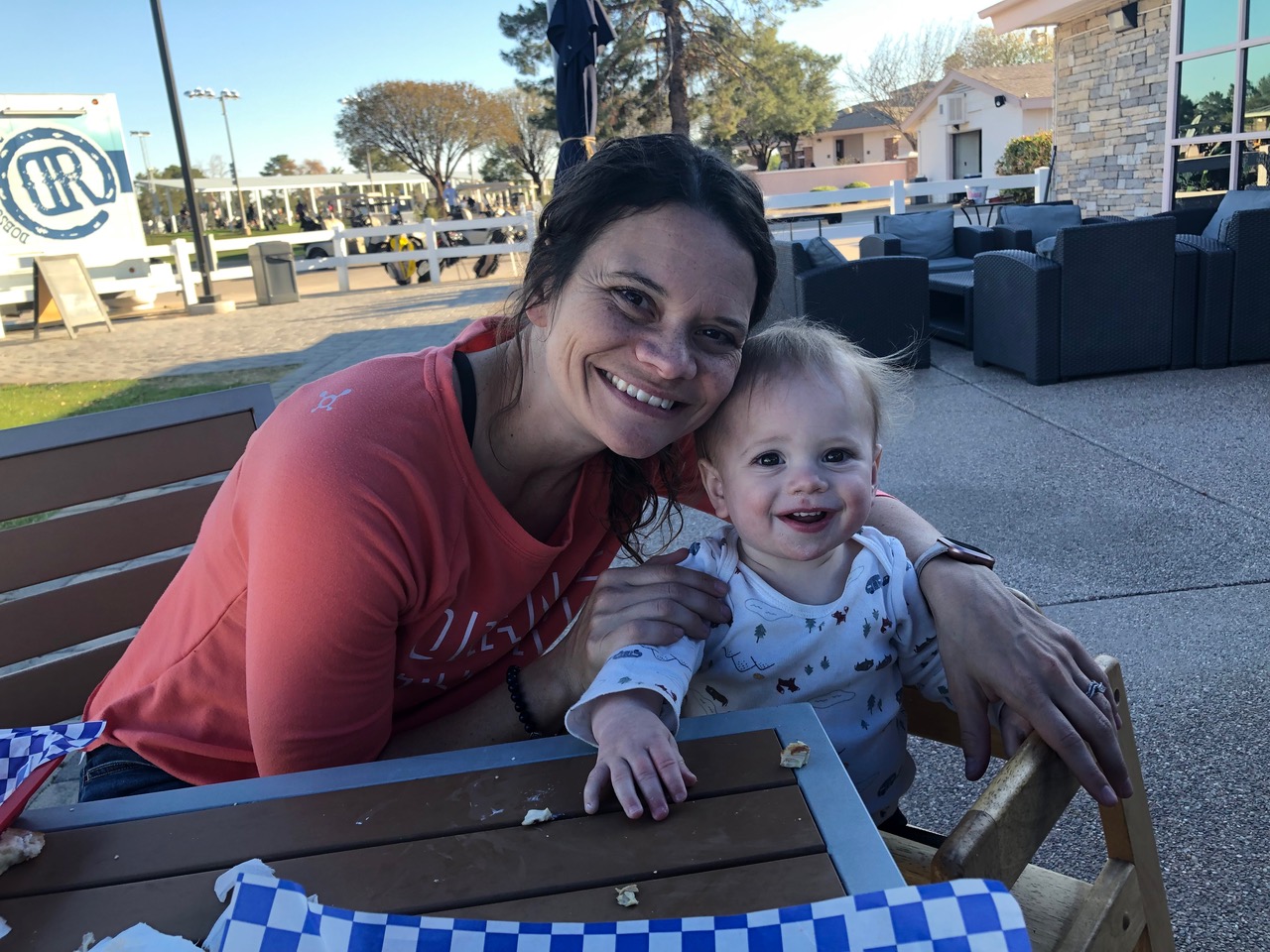 Milky Mamas, meet Michelle Barichello, our May Milky Mama of the Month! Michelle has an amazing journey and great tidbits of advice. Keep reading to learn more about Michelle’s year of breastfeeding (10 months from only one breast!), pumping and working, and surviving Mastitis.

“Breastfeeding is intense and intensely beautiful.”

Michelle has been breastfeeding her son for about a year now, and is just starting the weaning process. However, she states, “Baby and I took some time to figure it out … I didn’t feel like I had “the hang” of [breastfeeding] until around 5 or 6 months.” So, hang in there, Mama! Breastfeeding is not an instantaneous, easy job to do. Michelle has done a mixture of nursing and pumping as well as supplementing with formula.

Michelle’s son had a tongue tie procedure at 2 months, then at 3 to 4 months he was so easily distracted that he wouldn't stay latched. This is common for babies at this stage. While the day time nursing sessions were tough for her and rarely going how she planned, Michelle looked forward to their nighttime nursing sessions. She remembers, “But our nighttime sessions were always the way I picture breastfeeding to look like. While I was extremely tired, I loved those sessions.” So, mama, if you are at the stage where your baby is figuring out how to stay focused to nurse, focus on the good, sweet, night time nursing sessions.

“My goal was to make it to one year. At 11 months I thought it would be impossible to wean. After all those months of little interest, he seemed obsessed with it.” The last time I breastfed him was the night of his 1st birthday, and he wasn't even asking for it. He surprised me by not asking for it anymore right at the time that I was hoping to wean. It was definitely an emotional ride, but I loved that nursing could help him when he was sick and calm him down during the night wake-ups. He is a mama's boy through and through, and I couldn't be happier about it.”

Michelle was fortunate with 3 months of maternity leave and now an entirely remote job. Before the transition to a full remote job, she was nursing and pumping to replace the day time nursing sessions. When she was in the office, her job had mothering rooms and pumping at work was not hard for her job to accommodate for her as far as places to pump go. Michelle switched to working at home and said, “I feel fortunate that I could pump from the comfort of my home and not have to deal with lugging around all the parts and dealing with it at work- I honestly don’t know how so many women do that. It felt hard enough to do it at home!”.

She did have a challenge with finding windows of time to pump during work hours while working at home, as her job requires several meetings throughout the day. For those of you pumping, Michelle has GREAT advice for you. She states, “For a long time I pumped while I worked at my computer, and eventually decided that if I'm pumping I need to be taking a break from work. I didn't want the stress of work making it into my milk production. I started pumping in a different room and looking at pictures of my baby, and it made for a much more enjoyable experience.”

While breastfeeding is an amazing experience, it’s not always easy. Michelle shared a story about a time when her sweet baby bit her nipple “insanely hard” while she was nursing him on a plane ride. She held back her tears as her son cried and fussed on the busy plane. Her nipple was sore for days, and to make a hard situation worse, it was the only side she was able to nurse on, as her left breast stopped producing milk after 2 months. So for 10 months Michelle was lopsided and breastfeeding from one breast only! Impressive!

Michelle hit two rough spots after 9 months that caused her to come close to quitting her journey with breastfeeding. However, she says she “was stubborn to hit my goal of breastfeeding for one year, so I pushed on”. What she calls stubborn, we call determined! First, she got Mastitis. She says, it felt like having the flu”. Luckily she was able to send her baby to daycare at the time and take days off of work to rest and recover. To learn more about Mastitis and prevention, read our recent blog, Mastitis Prevention and Remedies.

At their 9 month check up her son’s pediatrician said her son was dropping on the growth chart, at the 10th percentile for his weight. Their pediatrician suggested adding formula to his bottles of breastmilk. Her concern was not that Michelle wasn’t suppling enough, but most likely her milk wasn’t fatty enough. Her pediatrican thought Michelle’s milk wasn’t keeping him full because of the weight drop and because her son was still waking up several times a night.

Michelle’s recalls her initial reaction to supplementing, “I wasn't as disappointed as I thought I'd be by supplementing. For so long I thought it would mean I was a failure, and this thinking is so incorrect.” Michelle was able to continue to nurse while also adding formula to his bottles to give her son the extra calories he needed. She remained positive and looked at the bright side. She said, “I liked that he was still getting my breastmilk and we could still nurse, and if formula was what he needed to grow then that's what I was prepared to do. Also, if there was a chance that it would help him sleep longer then I was all about it! Spoiler alert: The formula did not resolve our sleep issues.”

“It was a beautiful bonding experience, despite the bitten nipples, mastitis, late-night nursing sessions, and leaky boobs during yoga.”

1.Read up on breastfeeding.

“I had asked my midwife for advice on parenting books or birthing books, and she suggested I read up on breastfeeding. I wish I had followed her advice. I was so concerned about the other elements, and needed to be to some level, but breastfeeding is a full-time job and way of life for however long you do it. It deserves some preparation.”

“During the first weeks, I had no idea what was going on. When my milk came in and my breasts were engorged to the size of grapefruits, I didn't realize that they weren't always going to look or feel like that. When my newborn's latch made me cringe in pain, I thought that was going to happen every time. [It doesn’t!] Take advantage of some of the great content out there before your baby is here, and try not to overwhelm yourself with it afterword.”

“I'd also suggest to find your way of being comfortable nursing in public. I had a hard time with it. Wearing clip-down nursing tanks with a built-in bra under every top was helpful, and I used a swaddle blanket to cover us rather than the nursing scarves or wraps - I found them too stressful in the moment. And of course, give yourself grace. Breastfeeding is intense and intensely beautiful.” 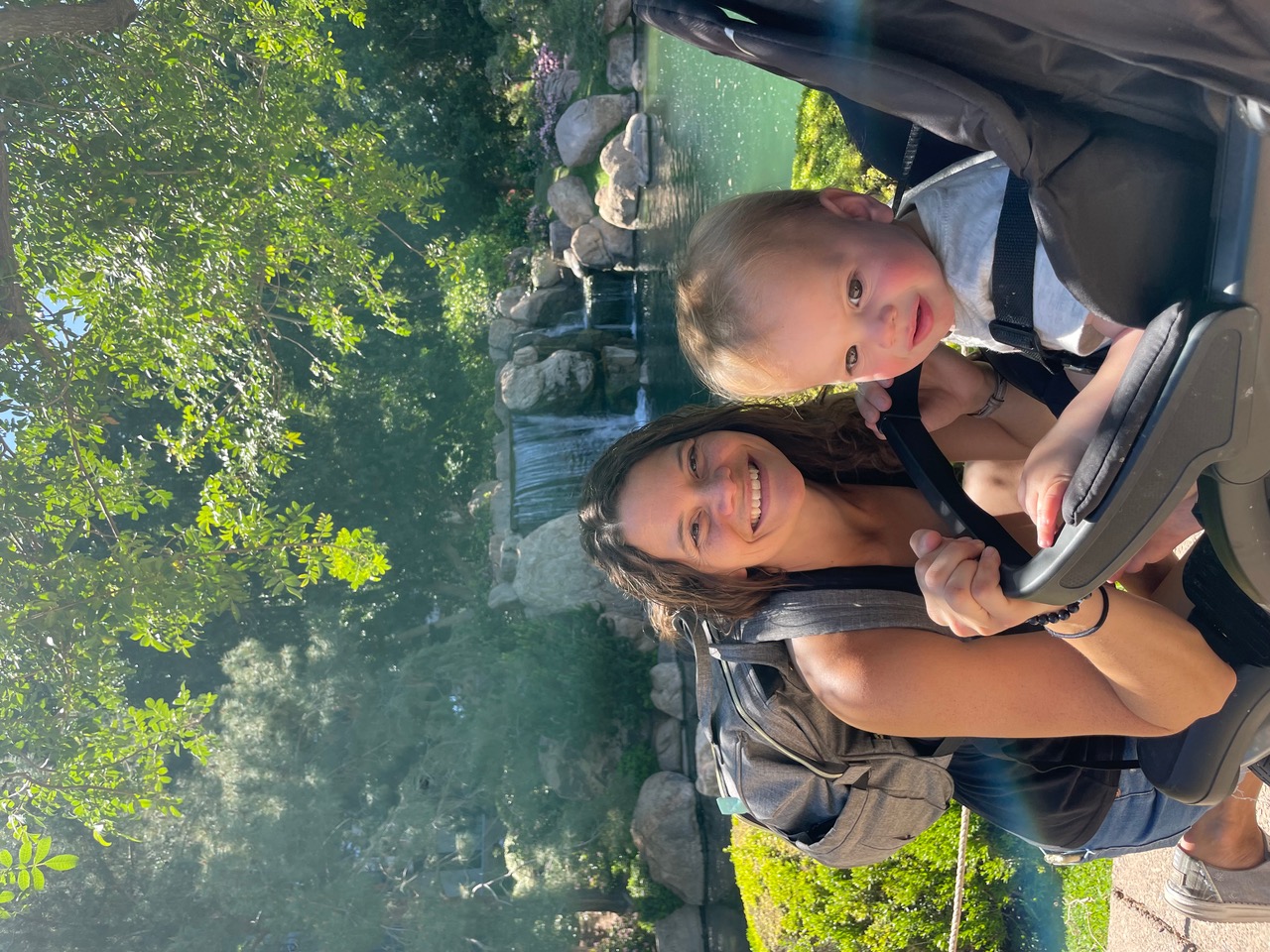 We love being able to feature a variety of Milky Mama’s each month. Being able to share personal experiences full of advice and encouragement, sharing detailed, intimate stories of each individual journey. We can all learn and grow from each other. We can remember, we are not alone. We are here to support each other and remind each other, you’ve got this, mama!

Share encouragement to Michelle for sharing her story with us in our Facebook group, The Official Milky Mama Lactation Support Group.